I am pleased to bring to you this new website of Guwahati Smart City Limited with improved appearance and features.

As the largest and a major city of Assam and North East region, Guwahati holds an important position on the map of India both geographically and historically. Situated on the banks of Majestic and sprawling Bramhaputra, the city is home to 1.2 million citizens and a favoured destination of tourist worldwide. It has also rightfully earned the distinction of being the Gateway to North East as it connects the neighbouring sister states of the North East to the rest of India. Pragjyotishpur, as it was formerly known, has rich cultural heritage, celebrates colourful festivities, and has attractive scenic beauty.

Over the last decade, Guwahati has witnessed rapid urbanization, the skyline of the city is changing fast and the city is constantly expanding. Keeping the current and future needs of the city and its citizens in mind, it is our endeavour to transform it into a smart city while preserving its heritage and natural beauty. Guwahati has been selected in the first 20 cities to be developed as a Smart City by Smart City Mission program of Government of India.

We have initiated steps to bring in sustainable changes incrementally in accordance with the Smart City Proposal approved by Govt. of India. Some of the key initiatives include rejuvenation and interconnection of the water bodies in the city namely Borosola Beel, Bharalu & Morabharalu rivers and Deepor Beel by cleaning them up and converting them into clean water bodies. A major thrust is being provided for connecting the Bramhaputra River with the city by protecting the bank and developing the riverfront into a world-class tourist destination along a stretch from Raj Bhawan to Kamakhya temple. Pan city projects like Installation and integration of the city surveillance system, smart parking system, smart solid waste management, environmental & flood sensors and Citizen Services; and Grid connected Rooftop solar systems have also been planned.

Apart from the above, few more infrastructural projects like setting up water ATMs and Bio-toilets for improving sanitation in high footfalls areas; providing smart street lights on the major roads and illuminating the by-lanes in the interior parts of the city to improve the safety and security of the citizens are also being undertaken.

We wish to connect with you through this Website to bring you the latest updates on the projects and new initiatives taken up by us. We also look forward to your valuable suggestions & ideas to make our city a better place for current and future generations to fulfil the hope & aspirations of its citizen through a sustainable development model. 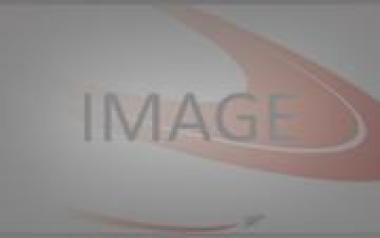